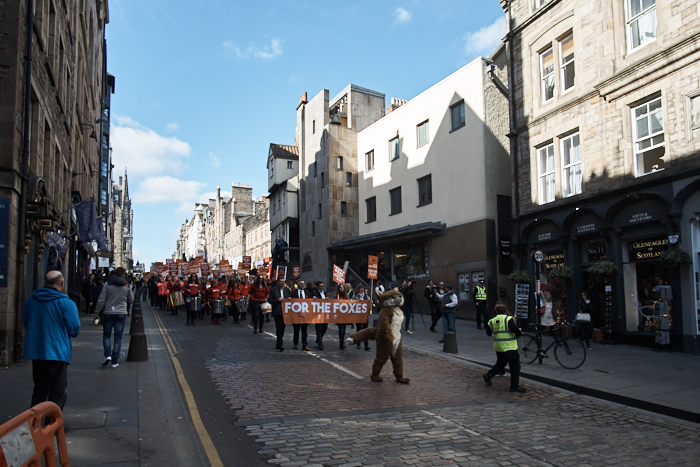 Hundreds of people took to the streets of Edinburgh today to call on the Scottish Government to tighten up the laws on fox hunting.

The For the Foxes demonstration was organised by charities One Kind – which exists to end cruelty to Scotland’s animals – the League Against Cruel Sports, and the International Fund for Animal Welfare (IFAW). 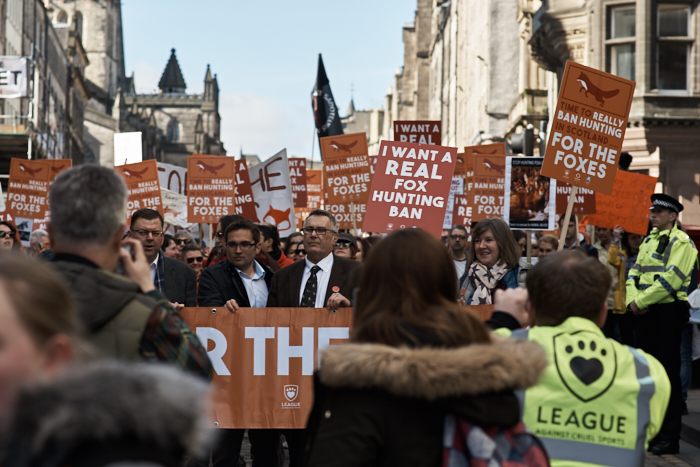 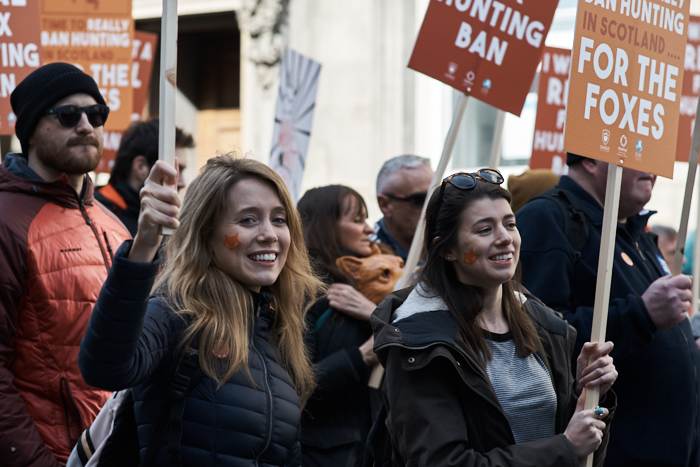 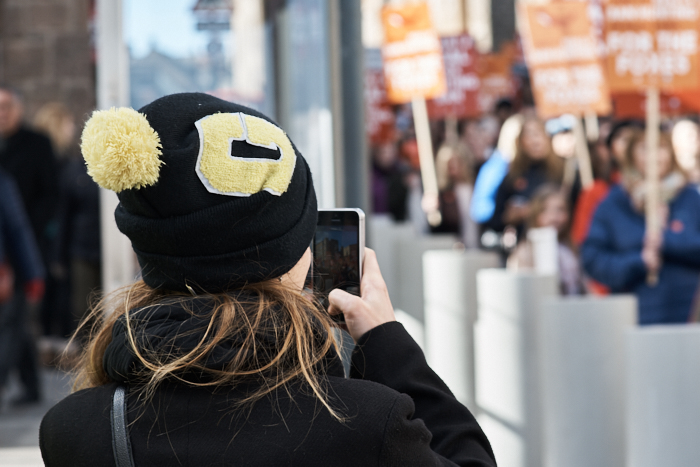 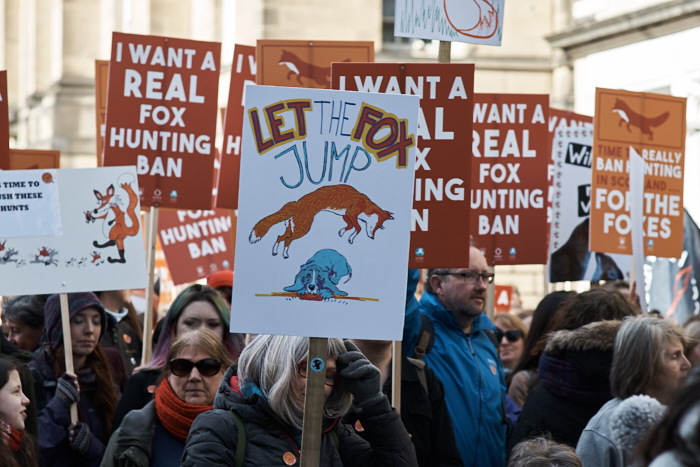 The demonstrators marched along the Royal Mile in Edinburgh, starting at St Giles and finishing outside the Scottish Parliament. 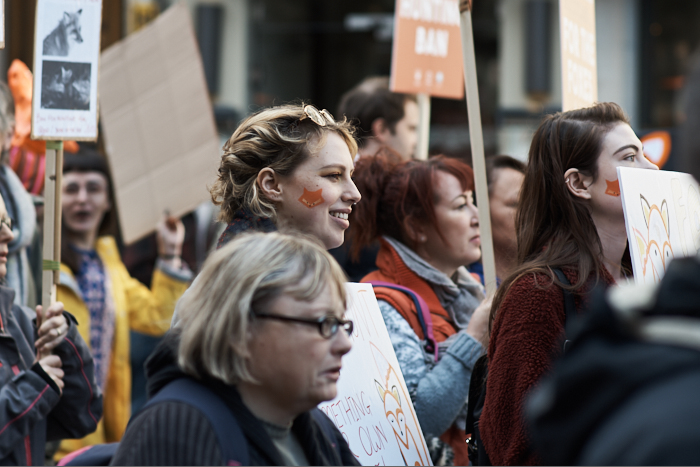 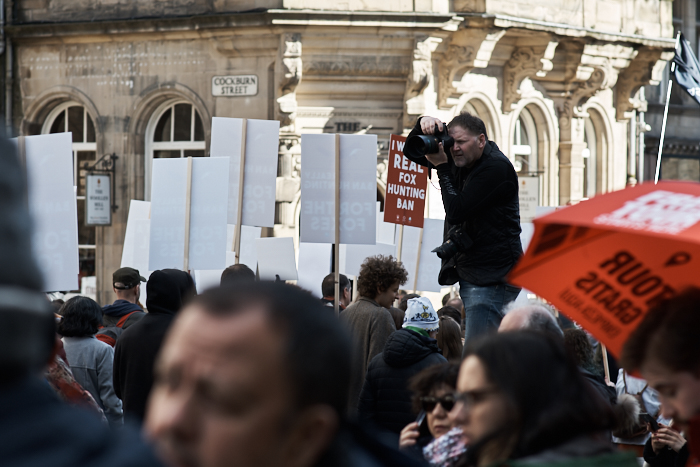 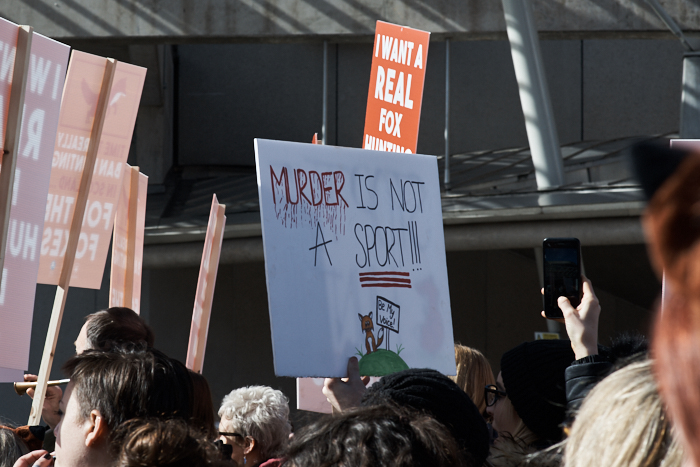 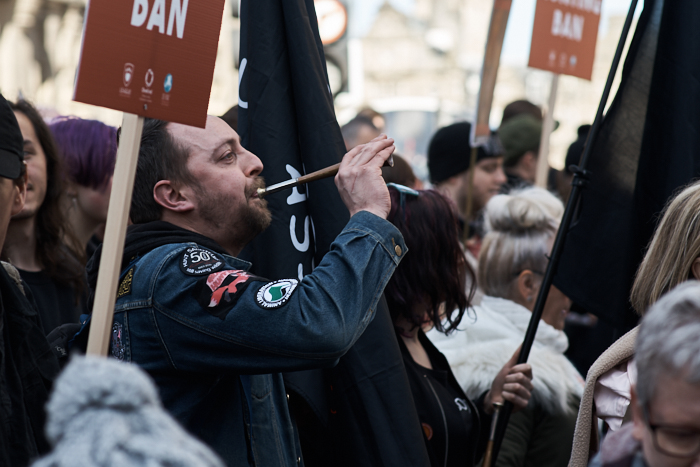 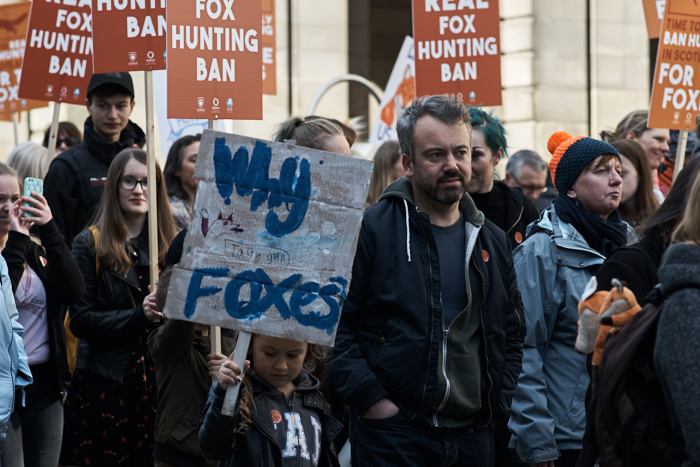 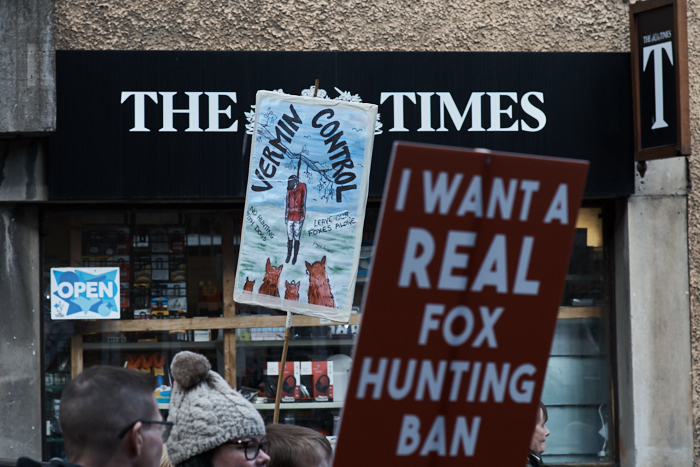 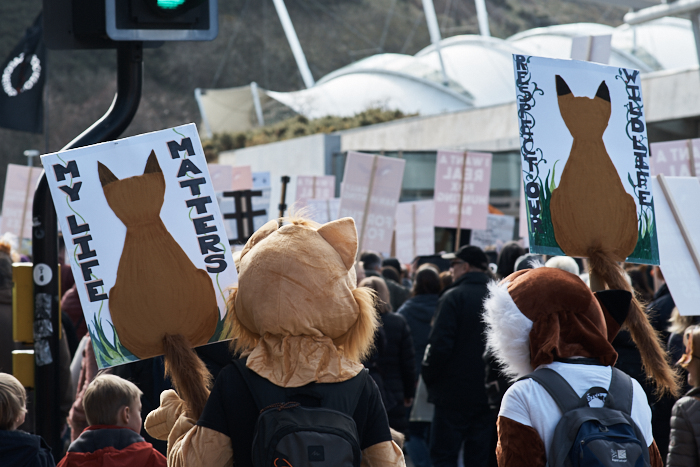 As marchers gathered at the Scottish Parliament, a minute silence was held to mark the death of Anna Campbell, an animal rights activist who was recently killed fighting alongside Kurdish forces in Afrin, northern Syria. 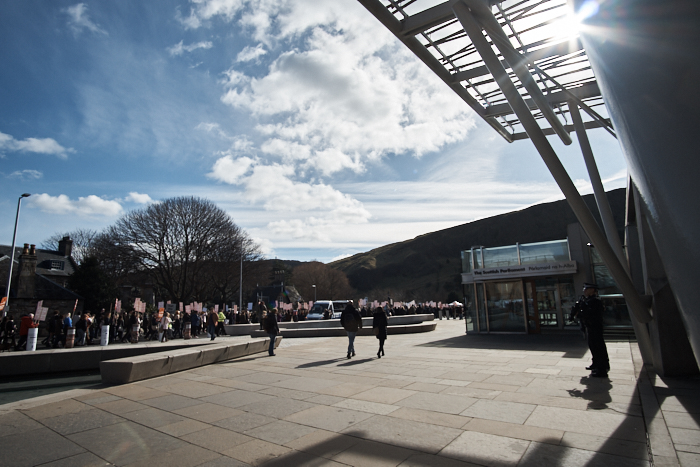